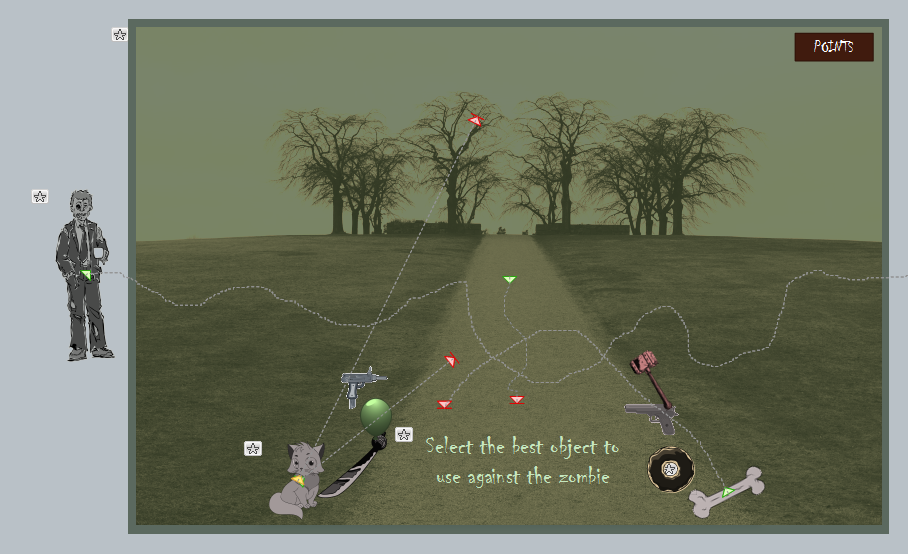 Published by Veronica B on 5 November 2014

It’s been three weeks since Articulate launched their much anticipated new flagship, Storyline 2. In the time since the launch, many articles have been written about the new features that are capturing developers’ attention.

For me, three new feature combos stand out as particularly handy:

Now, your objects can go anywhere whenever you want them to.

SL2 multiplies the possibilities, and all with the addition of two key functions. Any given object can be assigned a customised motion path. The chosen object will then remain in its initial position until you trigger the move action, at which point it will move towards its predetermined end-point–a wise and just destiny as ordained by you–god to gifs and tiffs.

Most Storyline users agree that animations in SL1 left a lot of room for improvement. Its five standard choices left little room for customisation.

SL2 increases the number to 15 animations for objects and 17 transitions for slides and layers. Even snazzier—the new animation painter makes for significant time saving and reduces the chances of error. Once you’ve animated one object with all the possible different animations as you like, you can then use the animation painter to ‘paint’ any other objects that you’d like to be animated in the same way. Voila! Pause/Resume + almost any action = Manipulate the natural flow of time

In SL1, timelines start, they progress and then they finish. This is the sort of constant and linear progression of time that our mere mortal minds have come to think of as the natural order of things.

Now, that natural order can be productively interrupted.

Pause Timeline and Resume Timeline: these two new triggers make it possible for learners to interact with your content in brilliant new ways. Simple enough, for sure, but they open up a whole mess of potential. Imagine, for example, you’re displaying a video sequence in which your learners are going to have to investigate objects. Well, these new triggers make it possible for a simple click on the right part of the screen to pause your video and reveal details about the clicked object–and the video can resume seamlessly afterwards. Your learners can explore their learning environment and never miss a thing.

The new features in SL2 enhance SL1’s already-powerful capabilities. It sets a bold new direction for broader functionality that is allowing us to build interactions that improve learner experiences–and it’s making it more fun to build them too. Integration and improvements like these serve as pleasant reminders of why Articulate’s software is my favourite rapid development tool.